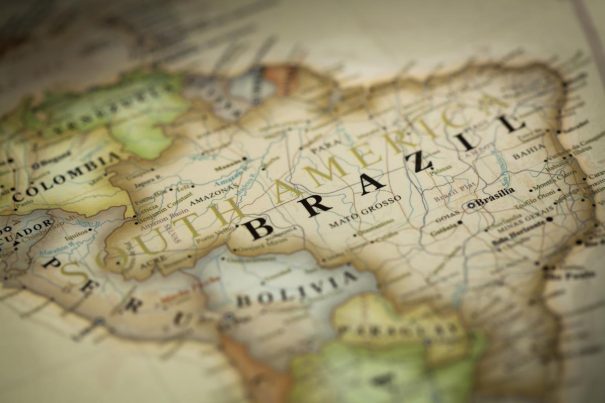 A police strike in the Brazilian state of Espirito Santo has finally come to an end after triggering a bloody crime wave, but government officials fear similar strikes and protests may now spread to other parts of the country.

Police in Brazil are not legally allowed to go on strike, so the families of police officers in Espirito Santo formed protest groups outside police stations, preventing officers from leaving the premises or using their patrol cars.

“The family of police officers began preventing them from doing their work on February 4, arguing that the salaries of Espirito Santo officers, averaging $847.09 monthly, were the lowest in the nation, and not enough to sustain a family. Immediately after the strike began, the homicide and other violent crime rates skyrocketed. Three days into the strike, officials documented a 650-percent increase in homicides alone, and a 1000-percent increase in crime generally.”

Police officials announced they had reached an agreement with the government to go back to work on Saturday, and by Monday most had returned to their duties – but not before government officials were forced to send in 4,000 federal troops to quell the chaos, which involved looting, burning of buses, and the shutdown of schools, public transport, health facilities, and businesses.

People who ventured into the streets were robbed and there were reports of the random shooting and stabbing of citizens by armed thugs roaming Vitória, the capital city of Espirito Santo.

Fearing the protests could spread to Rio de Janeiro on the eve of Carnival festivities, that state’s government authorities have requested the deployment of federal troops to maintain order there.

“In a news conference Monday, Brazilian President Michel Temer called the police halt ‘an insurgency against the constitution’ and accepted Rio de Janeiro state’s request for troops to help police…

“Most Rio officers appeared to be at work on Monday despite suggestions they could launch a movement similar to the one that caused chaos in Espirito Santo.”

Rio state police officers say they have not received a pay raise in four years. They also report that their salaries have been delayed, but the government is expected to deposit part of that money into their accounts immediately.

Brazil is slipping towards economic and social collapse. The country’s current recession – the worst since the 1930s – continues to deepen while crime rates soar. Brazil’s homicide rate is more than six times higher than that of the United States, its government is mired in corruption and scandal while rival gangs are staging bloody prison riots and mass breakouts.

The recent ousting of President Dilma Rousseff marks the end of a thirteen-year reign by the left-of-center Workers’ Party, who were in office during Brazil’s boom years as a petroleum and commodities exporter – particularly to China, while that country’s spending on imports was at its peak.

In the space of a little more than a decade, Brazil has descended from its status of major global financial player to that of a nation teetering on the brink of bankruptcy. The current leadership has instituted austerity measures and announced a twenty-year freeze on social spending, but there’s little to suggest that things will improve as a result.

Meanwhile, the specter of anarchy continues to loom over Brazil, a country now facing a very dangerous and uncertain future.