These six U.S. airports are scanning your face when you leave the country 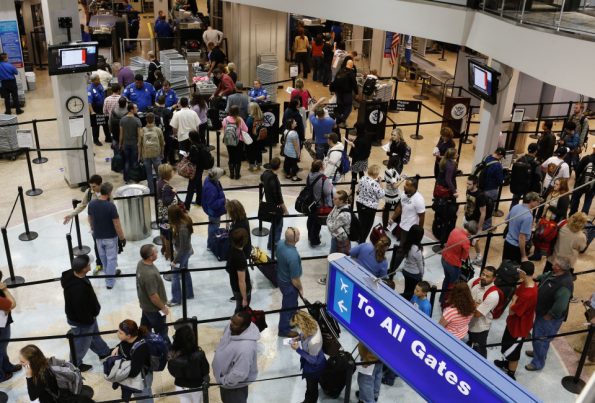 One thing Americans’ used to value more than anything was their freedom. And with freedom comes privacy. When you don’t even have the privacy to go to the airport without your face being scanned and recorded by the government, can you truly be free? Those who value their freedom and desire a government that doesn’t spy on innocent people would surely agree; when American privacy is invaded to such a degree, our freedoms are being infringed upon.

And yet, the Department of Homeland Security (DHS)  wants to do just that. The agency has announced their plans to expand a 2004 biometric tracking measure, which initially was meant only to target foreigners. Under the new DHS plan, all Americans would be required to submit to a facial recognition scan whenever they leave the country. Big Brother, much?

The Associated Press recently reported that pilot programs for DHS’s new plan are already underway at six major transportation hubs. Airports in Washington D.C., Atlanta, Boston, Chicago, Houston and New York City are already scanning the faces of thousands of innocent Americans every day. And the federal agency plans on spreading the program to other airports within the next year.

A recent study led by researchers at Georgetown University found that approximately half of all adult Americans are already in a biometric data base, thanks to the growing popularity of facial recognition software in federal and local law enforcement agencies.

Harrison Rudolph, a Georgetown legal fellow, told ARSTechnica.com, “Americans expect when they fly overseas that their luggage is going to be looked into. What they don’t expect is their face is going to be scanned. This is an expansion of a program that was never authorized for U.S. citizens [emphasis added].”

Rudolph also says that Americans shouldn’t be fooled by the use of the word “testing,” and contends that the software is fully operational and that DHS is using the program to create “biometric exit records.” While foreign nationals may be their declared targets, make no mistake: American citizens are also being recorded by their facial scanners. Rudolph and other advocates also claim Congress “never fully authorized the routine collection of facial scans from U.S. citizens at the border.”

Supposedly, DHS will delete your facial scan after 14 days, unless they decide not to for some reason. John Wagner, the Customs and Border Protection agent leading the biometrics program, says that the agency may choose to hold onto your facial scan longer after going “through the appropriate privacy reviews and approvals.”

In other words, they can hold onto your facial scan records for any length of time they choose. How delightfully authoritarian of them.

Kade Crockford, director of the Technology for Liberty Program at the ACLU, reportedly told NPR, “”The biometric databases that the government is amassing are simply another tool, and a very powerful tool of government control.” Crockford said she’s particularly concerned about the launch of a new program by JetBlue, which is experimenting with facial recognition in place of boarding passes; it’s being marketed as merger between customer convenience and national security.

While some proponents of facial scanning software claim that it will make life easier by removing the inherent need for passports, many people are concerned about the massive invasion of privacy that’s about to unfold across the nation. Do you really want your face stored in a government database just so you don’t have to carry a passport? That hardly seems like a fair trade.

Big Brother is already here. Even the DHS admits that in the very near future, the only way to avoid having your face scanned will be by avoiding international travel all together. How long will it be before they start scanning us at state borders, or when we leave the house?